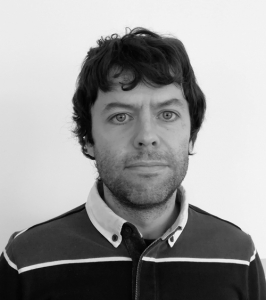 I come from a small town called Bra in Piedmont, I am married to Milena since July 2011, we have two children whose names are Edoardo (born in September 2014) and Martino (born in March 2017).

I am a Theoretical Physicist and, as such, I have a scientific mindset, making me at ease whenever I have to deal with anything that has to be tackled by means of a scientific/mathematical approach.

Can you briefly tell us about your professional path and how that took you to U-Hopper?

After getting my master degree in Physics at the University of Turin in 2002 and my Ph.D. in Theoretical Physics at the University of Parma in 2006, I worked as Postdoctoral Researcher – my domain being High-Energy Physics and, to a lesser extent, Condensed Matter Physics – from January 2006 till December 2016 in several Universities across Europe, more precisely in Bielefeld (January 2006 – September 2007) and Regensburg (October 2007 – September 2010) in Germany, Pisa (October 2010 – September 2012) and Parma (November 2012 – October 2013) in Italy and Marseille (November 2013 – December 2016) in France.

I moved to Data Science partly in order to better conciliate my professional life with my family (it got harder and harder to find a position in academia, especially in Italy where my family lives), partly in order to see things happen at a faster pace. At least as far as my research experience is concerned, in academia you usually work years, paying attention to the smallest details, to produce a paper that often gets little attention within the scientific community.

In this scenario, Data Science seemed to me the obvious solution: in fact, not only the Data Scientist is a professional figure that is highly sought after (giving me better chances of finding a good job close to where my family lives), but his/her job entails the kind of intellectual stimuli I am looking for. Moreover, the required expertise – being a mixture of Mathematics, Statistics and Computer Science – overlaps to a large extent with the skills I developed in academia.

What did you like about the position at U-Hopper?

I liked the fact that U-Hopper’s core business is represented by new technologies (a domain I have always found extremely interesting): the few ongoing projects that were described to me at interview time immediately seem to me innovative and challenging, exactly the kind of stuff I wanted to work on.

Another appealing feature of the position at U-Hopper was the training program (partly internal, partly external) that was envisaged: coming from the academia, for sure I need to polish my CV in several aspects and this job will give me the chance to do that.

We know you just started, but how is it going so far?

It couldn’t have been better: besides being very friendly, people are extremely attentive to my needs as a newcomer, very willing to help me to get things started and encouraging as soon as, as expected, some initial difficulties (minor, so far) have shown up.

So what are your expectations for the next 12 months?

Besides avoiding to get fired, from the personal point of view I expect to learn a lot and, company-wise, I expect/hope to give important contributions to the projects I will be dealing with, helping the company to grow.

Something else about yourself? (Personal interests etc., not professional)

I like reading, travel, learning languages, watching movies and sport events at the TV.